Brian co-founded Site-Seeker with his brother Eddie in 2003. He loves charts, tables, graphs – not necessarily in that order. Before becoming an entrepreneur, Brian earned his bachelor’s in microelectronic engineering at RIT and spent several years in the United States Navy.

He went on to work for some of the country’s most successful companies including Pfizer, M&T Bank, and PAR Technology, where he held several vice president positions. Now in his role as CEO at Site-Seeker, Brian continues to help strategize on client accounts and supports our sales efforts. He also shares the secrets of digital marketing on the national stage.

In his spare time, he loves spending time with his family and grandkids, especially at his family’s camp in Sandy Pond, NY. 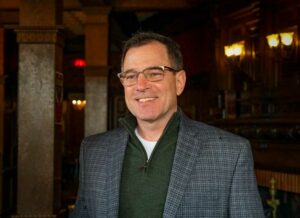