Over the years, I’ve worked with many agencies – both big and small. I’ve had the opportunity to sit on both sides of the table, as a client and on an agency team. And each time, I have learned this simple truth: cost may not always equate to the value that’s provided.

In a past marketing role at Sovena USA, I was on a team that was challenged with launching a new olive oil product line in the retail space. 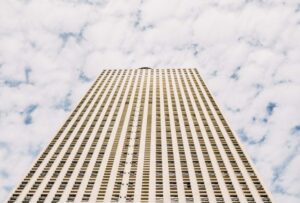 The olive oil business was, and still is, an old industry. For a new player, this would be a brutal, uphill battle as we were pitted against long-standing brands and market share leaders Filippo Berio and Bertolli. Not to mention our distribution in top retail locations, such as Walmart, Hannaford, and Giant, had store shelves that were already crowded. Competition was stiff all around.

We knew we needed help. We needed someone who had experience in this market that we could leverage as we made our way through this new territory.

Sovena USA’s parent company, Sovena Group, is one of the largest olive oil companies in the world. Based in Portugal, their European brand, Oliveira da Serra, is like what Heinz ketchup is to Americans. Everyone knows it, everyone buys it, everyone uses it.

Because of the size and level of brand recognition that Sovena Group carries, as well as the close relationships it had already established with the agencies it used, we were able to get a meeting on the books with a U.S. branch of one of the largest ad agencies in the world.

Talk about pulling out all the stops. This ad agency won’t even have conversations with companies who aren’t willing and able to spend $800,000 in advertising  – and that doesn’t include their service fees.

After a few months of conversations and strategy planning sessions, we formed a partnership with this agency. The team was brilliant. It consisted of creative, futuristic thinkers who put heavy emphasis on visuals and messaging. It made sense for our brand.

They did great work, but boy, was it a lot of dough! I couldn’t help wonder if we could have reached the same results and successes with an agency that didn’t come with the big-name fees.

The hourly rate for marketing and advertising agencies can range. It depends on many factors including size, reputation, services provided, and more.

But there is one thing that always remains true – agencies from bigger cities charge more. That’s a fact.

Here are the ranges in fees for agencies based out of New York City:

Agencies in smaller markets will charge minimally 30 to 50% less than those levels.

Rather than just looking at size and location, businesses should explore an agency’s talent, processes, work ethic, and quality of work when making the choice on who to partner with. This is even more so the case if budget is a concern and you can’t afford to throw money away, simply because the firm is from Manhattan.

Here’s why you should look more closely at an agency and its rates before signing a contract:

Depending on the size of your contract, a small account team at the agency will likely be formed. This usually consists of an account manager or project manager, possibly a creative director depending on the scope of work, and then some sort of execution-based team members, such as copywriter, social media marketer, web developer, specific to the work that will be performed.

This is the thing. Just because a firm may employee 500, that doesn’t mean you have all of those staff members at your disposal. Most of them have their own client accounts. Nine times out of ten, you’ll have work performed by your small team, which puts you on the same playing field as a small- or medium-sized agency who will do the same for you.

Before signing a contract, seriously consider the members of your account team and the talent that’s represented, rather than just looking at the agency’s overall employment number.

Being from a small city in Upstate NY, I’ve often been wowed when I visit big metropolises. The heavy traffic, the skyscrapers, the commotion, it’s pretty cool if it’s not something you experience all the time. But, all that excitement doesn’t translate to better quality work.

Why should you pay a premium simply because of the mailing address of the office? It doesn’t add up.

Instead, look at the education, experience, and accolades of the team members who will be assigned to your account. What type of degrees do they have? What was the last company they worked for and what duties did they hold? What type of certifications have they earned? How long have they worked at the company?

As long as they have the know-how to handle your account and get the job done well, it doesn’t matter if they are from Los Angeles, CA or Little Falls, NY.

Your hourly fees from agencies in small to mid-sized markets will be much more reasonable – and you don’t have to sacrifice quality or experience because of it.

3) Don’t Overlook The Attention You’re Given

At one point in my career, I was on the other side of the table. The organization I was with used two agencies – one for public relations and another for graphic design.

The PR firm was relatively large. They had six locations (up to nine now) and employed 200+. We didn’t have a big budget so we were the low man on the totem pole. We often had a tough time booking meetings because, we assumed, the needs of their larger clients took priority.

On the other hand, as a boutique shop that employed five, our design company was ready and willing to drop whatever they were doing to come to our aid. They rearranged their schedules to fit ours and turned around deliverables very quickly. The amount of attention we were given was fantastic.

Don’t overlook the agencies who will take pride in a relationship with you, welcome the opportunity to have your business, and will work hard to keep it. But, if you’re someone who enjoys being treated like you’re second-rate, then, by all means, risk it with a large agency.

4) Focus On Your Needs, Not The Needs Of Others

Many large agencies put heavy emphasis on creative work. This might include branding, logo development, strategy and messaging, storytelling, video production, photo and art concepts, etc. The thing is, most businesses – especially in B2B – have other priorities.

Not to downplay the importance of creative (because I know how important it is), but companies with sales teams starving for leads, long buying cycles, and extreme pressure from top-level management can’t be distracted with the next cool commercial that might win an ADDY Award. They need an agency that’s focused on helping them in the here and now. Less brainstorming, more action, with total emphasis on getting work done.

This is a major difference I’ve found. Compared to large agencies, mid-sized agencies can usually drive more meaningful, hard results for clients. One survey found that popular services featured among agencies across all regions included: SEO, PPC, social media, content, and analytics. If you need leads, work with an agency that’s going to offer a custom solution that consists of those type of services and is focused on your goals, not the next hottest trend or commercial.

5) Make Sure They Prove Their Worth

According to MarketingProfs, 82% of marketing executives say that they expect campaigns to be measured, yet only 18% to 26% actually are.

Marketing and advertising have matured over the years into industries that are less about art and more about science. What I mean is that our work can be, and should be, measured and proven.

Regardless if efforts focus on search engine optimization, online advertising, or lead nurturing, you must understand the amount of money you’ve put in (both out of pocket and time) and measure against the revenue that’s driven.

Forget the traditional efforts where you have only estimates of eyeballs that have seen your site or ad. Those are pointless. In the digital world, everything is trackable. It’s the only way to have a clear understanding of cost vs. profit.

It is so important to work with an agency that understands your business and its goals can put measurement practices into play and will help you measure a return on investment on the efforts.

In your initial discussions, question the agency team about their knowledge base in analytics and tracking. Inquire about the software and tools they have in their repertoire, and ask to see what positive results they’ve generated for other clients like yourself.

Today, measurement is the gold standard of digital marketing. You should feel good about your partnership with an agency and not feel the need to second-guess its worth.

All agencies are not created equal. Higher cost does not mean higher quality, nor does it signify more quantity.

According to 4A’s, the leading trade association representing the advertising agency business, agencies should charge based on several criteria, including reputation, service offering, and quality.

They use a great car analogy to represent this – Jaguar charges more for its cars because of its reputation for quality. Both it and a Ford get you from point A to point B in the same way. But one is able to offer a higher price point because they’ve earned the right to do so.

Before signing on the dotted line with a big agency simply because of its size or location, look deeper inside the walls. Ask around. What’s the agency’s reputation? Who will be working on your account? What’s their talent and experience? What type of services are being performed and what type of results will be seen? Finally, is this a partner who’s in it for the long haul? One who will deeply understand your business, take risks and put in the hard work right alongside you?

The best agencies are ones who you view as a partner, not a vendor.

Need some help laying out your marketing budget? Click the graphic below for a crash course!

Does your website suck? Take our quiz and find out!